AROEHAN organised an Aarogya Jana Samvaad at Mokhada on May 23, 2022. Tribal places like Mokhada and its residents are going through various kinds of inconveniences every day, including a struggle for necessities like healthcare. As per our observations, poor health infrastructure and lack of health staff are one of the causes of ineffective work in rural areas like Mokhada. According to our data and research, there are 138 Severe Acute Malnutrition (SAM), 20 Moderate Acute Malnutrition (MAM) and 368 underweight children in Mokhada.

The public dialogue was focused solely on healthcare system for women in the rural areas. We mobilised the community and helped them let out their pains and peril in this public dialogue. Women brought attention to several concerning issues. They spoke about the negligence by employees in Primary Healthcare Centers (PHC) and the rude behaviour of doctors toward them. The lack of resources in PHCs and the Rural Hospital has forced patients, including pregnant women, to travel all the way to Nashik Hospital. They also pointed out they have not received their money under Pradhan Mantri Matru Vandana Yojana.

The highlighted issues from the session are:

The interactive session was attended by approximately 79 people including women, men and children. In the presence of various organisations, government officials and other representatives, the dialogue was peaceful yet empowering. Public dialogues like this play a key role in deepening democracy, exercising our rights, and expressing our pain and perils out loud. 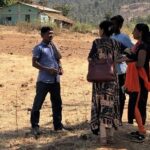 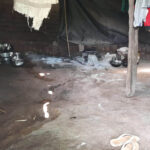