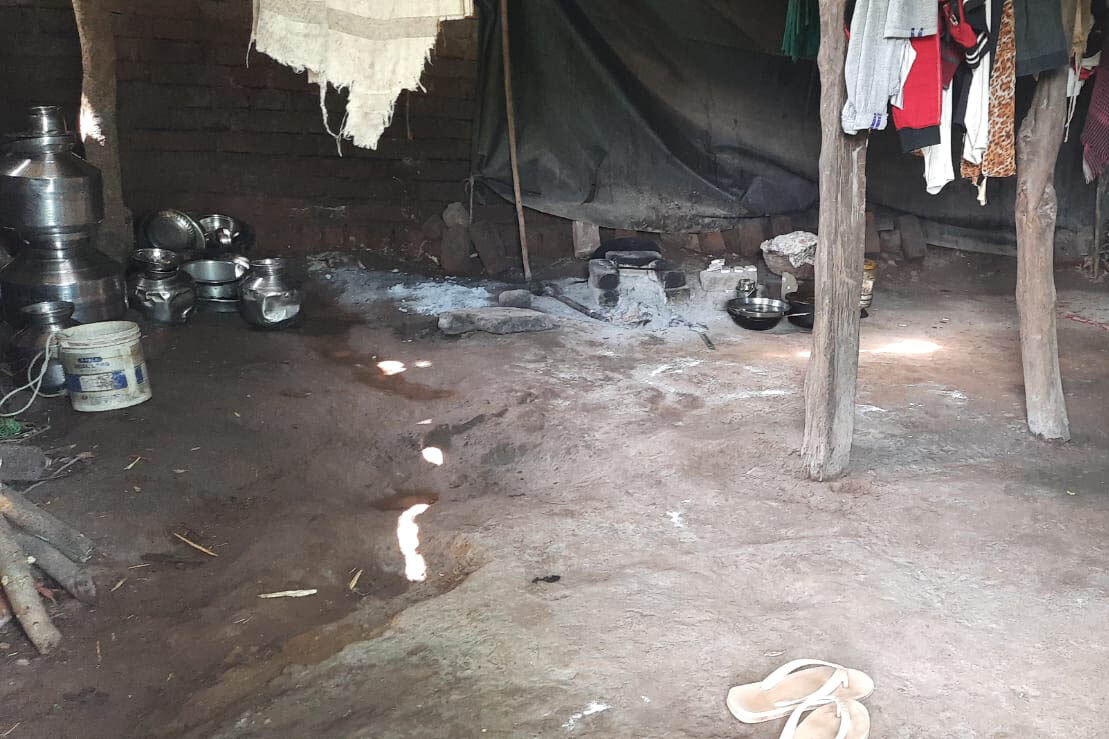 Barbarity behind a “marriage”

Marriage is said to be one of the happiest moments in a person’s life. Some call it a sacred bond. But this true story of a marriage is shocking showing the blackening of humanity. It mirrors the perverse mentality of exploiting and oppressing girls and women (especially tribals) in society by taking advantage of their poverty and helplessness.

This is the story of a 17-year-old minor girl from Katkari Wadi of Mokhada, a tribal-dominated taluka of Palghar district. 5 to 6 Kms from the Taluka location lies a village called Poshera. To the east of this village is Katkari Wadi with a population of around 600-700. It was reported that a minor girl named Abla (the name is changed) was being forced to marry in exchange for money and the girl was being pressured for it. A social worker from AROEHAN came to know about the situation. Realizing the seriousness of the incident, the activists of the organisation reached the village immediately. They met with the minor and her family. The reality of the situation was shocking.

It was reported that an unknown person from Chalisgaon-Nagar Deola in Jalgaon district has a connection with a middleman in the tribal community to take the advantage of the poverty and helplessness of tribes. The minor’s aunt revealed that the suspect gave the father Rs. 15,000 in exchange for marrying the girl to him and would give Rs. 50,000 more after the marriage. The father signed the affidavit for it. (This affidavit is available but we do not have a copy with us). The minor’s mother passed when she was young and was looked after by her aunt. The father’s financial condition is poor and is an alcoholic. He does not pay attention to the girl and agreed with the marriage proposal in exchange for money. None of the rites of pre-wedding took place, the girl did not even see the person once. To impress the daughter and the father, the person used to send photos of expensive clothes and sarees and pressured her to get married to him as soon as possible. The girl talked with the boy a couple of times on the phone. As the situation looked suspicious, the relatives told the mediator to make proper arrangements to see the boy. The broker instead told the father to go to the boy’s house and do the “Kumkum ceremony”. The father said they cannot have a such ceremony without the daughter. Upon insistence, both father and girl went to boy’s house but there were no people responsible for the ceremony present. The aunt became suspicious about the situation and asked the girl’s father to take a hard look at the situation. He thought about it and decided not to marry the girl.

After the rejection, the broker pressured the family to return the Rs. 15,000. The father and the daughter were shocked. They could not return the money as it was already spent. They reached out to AROEHAN and we gave them support. We asked them not to give him any money. The broker came to the village and AROEHAN’s activists had a conversation with him. The broker was warned not to pester the family anymore or there will be legal action against him. He publicly agreed to not ask for money again. Though the issue was resolved it brought attention to a bigger issue here. There’s a suspicion there is criminal activity possibly backed by a gang or individual to sell/traffick tribal girls in the name of marriage going on. Because we came to know from many people about the occurrence of such incidents in the area.

According to them, every year in Jawhar and Mokhada many tribal girls go missing. A muffled discussion could be heard about it now and then. These incidents do not come forward due to the dire economic condition of the tribes, lack of awareness among people, and also issues like alcoholism play a role in it. It is said that parents of girls fall prey to the lure of a small amount of money and engage their daughters. Even if there is any sort of opposition, the parents sometimes take the culprit’s side as they have taken the money. They also get afraid of the brokers and the other party thinking they might harm the family or even murder them, and they don’t come forward with the issue. What’s more numbing is that the brokers who arrange such marriages to take advantage of poor people and minor girls are often from their own community and locality. Due to sheer unawareness and fragile conditions, sometimes parents don’t even realise their daughters are been taken advantage of and there is no question of anyone complaining. This terrible reality is not publicly read or recorded anywhere. Even after 75 years of independence tribals are making such bargains for their daughters and their wings are cut before they even get a chance to fly. What kind of freedom do we live in? It’s high time we look at such situations carefully and act now.

Solving the problem of water crisis during the corona pandemic

Water is a basic necessity, but for some it is a priceless commodity!

The Mokhada block in Palghar district is witness to heavy rainfall during the monsoon months, but by the time the year comes to an end in December the water crisis steps in. The non-monsoon months force the villagers to migrate for 5-6 months to nearby brick kilns or companies in search of menial jobs. Water in all forms for domestic use, potable purposes and irrigation is out of reach for many.

A study on water availability conducted in 2018 by IIT CTARA and AROEHAN supported by Siemens India Ltd, revealed the villages with mild to severe water stress areas. This also led to the erection of over 196 water conservation structures like check dams, cordons, wells, ponds, sub-surface bunds and farm ponds in at least 13 Gram Panchayats of Mokhada alone. Lifting solutions made it feasible for water to be supplied to distant places thus reducing the hard work and time put in by women to fetch water for their daily needs. This is just the beginning, the road to completion is still distant.

The Corona pandemic has added on to the already existing woes of the poor tribal farmers. Due to the country wide lockdown announced on the 23rd of March, all the activities including construction, even in the villages came to a standstill. If the water conservation structures were not ready by June, it would not be possible to retain rain water for the non-monsoon months.

The AROEHAN team decided to wait for some leeway during the lockdown and at the first opportunity in the end of April, decided to get permissions from the government authorities for transportation of construction material, allocation of resources in the form of local labour and also for travel of staff within the block limits. Once the permissions were granted, national directives for work places were put in place and people were asked to follow them stringently. The construction work started in full force in the selected villages of Mokhada by the team led by our Project Officer, Chetan Bhoir and supervised by Program Manager, Nitesh Mukne.

With funding support from Siemens India Ltd and the involvement of local labour and the team, we were able to put up 11 new structures [New check dams (5), New wells (6)] and refurbish 5 existing ones, [Refurbished wells (3), Refurbished ponds (2)] by the end of June. This will surely help solve the water stress in these villages and also reduce the thirst days leading to reduction in migration in the non-monsoon months. This also helped the villagers to earn income staying in their own villages during the pandemic.

The structures have a total storage capacity of 3.15 cr litres, which will ensure water supply to 11 hamlets with 695 households and a population of 4033 beneficiaries. 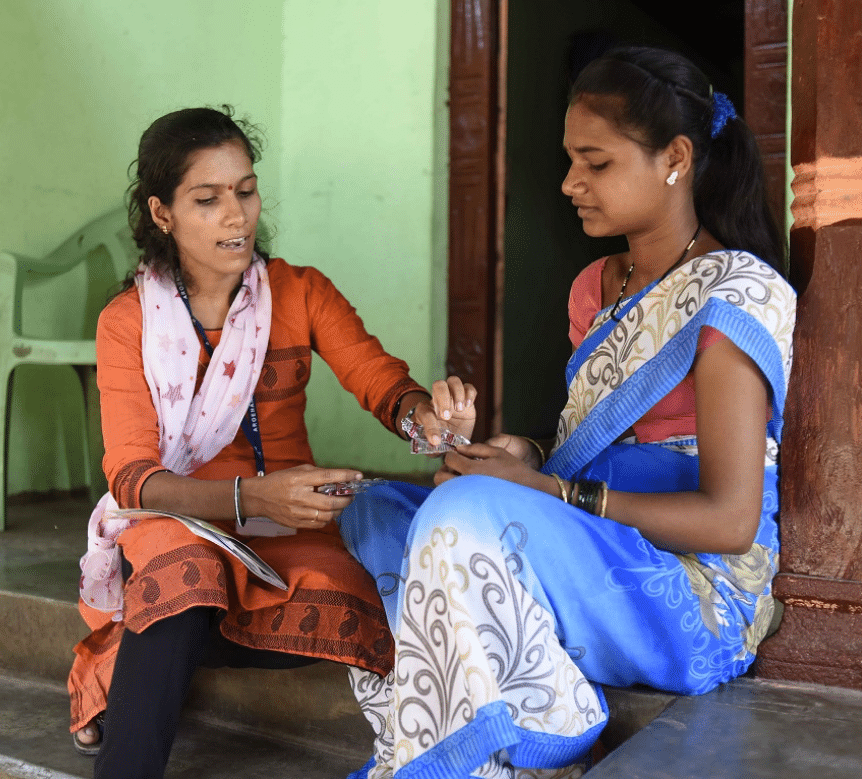