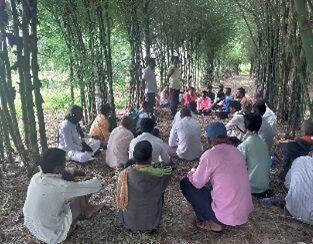 An exposure visit for the farmers on bamboo farming and drumstick farming. The visit was scheduled for 16th September 2021. Aroehan team along with 24 farmers visited the bamboo farms of Mr. Nandkumar Patil. Farmers were shared information on the scope of bamboo, bamboo cultivation, appropriate soil type for bamboo, optimum climate for bamboo cultivation, types of irrigation for bamboo trees, protection from pests and diseases, suitable nutrition sources, and application of intercropping for better yield. Farming methodologies are important but suitable marketing strategies make the profits more promising. In the second half of the trip, we planned to visit Mr. Deepak Savant’s drumstick farm situated in Malegaon. Drumstick (Moringa oleifera) is a perennial dicotyledonous tree, which fixes nitrogen in the soil. As its leaves fall to the ground, the texture of the soil improves. During the visit, the farmers received guidance on the following points. Types of Soil and climate, planting methodology which includes pit size (2 x 2 x 2 feet), season, appropriate spacing (row size 2.5 m x 2.5 m and for medium soil 3.0 m x 3.0 m), water management, and nutrition. The selection of varieties is an important factor for better yield. The varieties such as Odishi, PKM-1 are PKM-2 few varieties that produce good quality drumsticks. The fruit is ready to harvest in about 6-7 months after plantation. 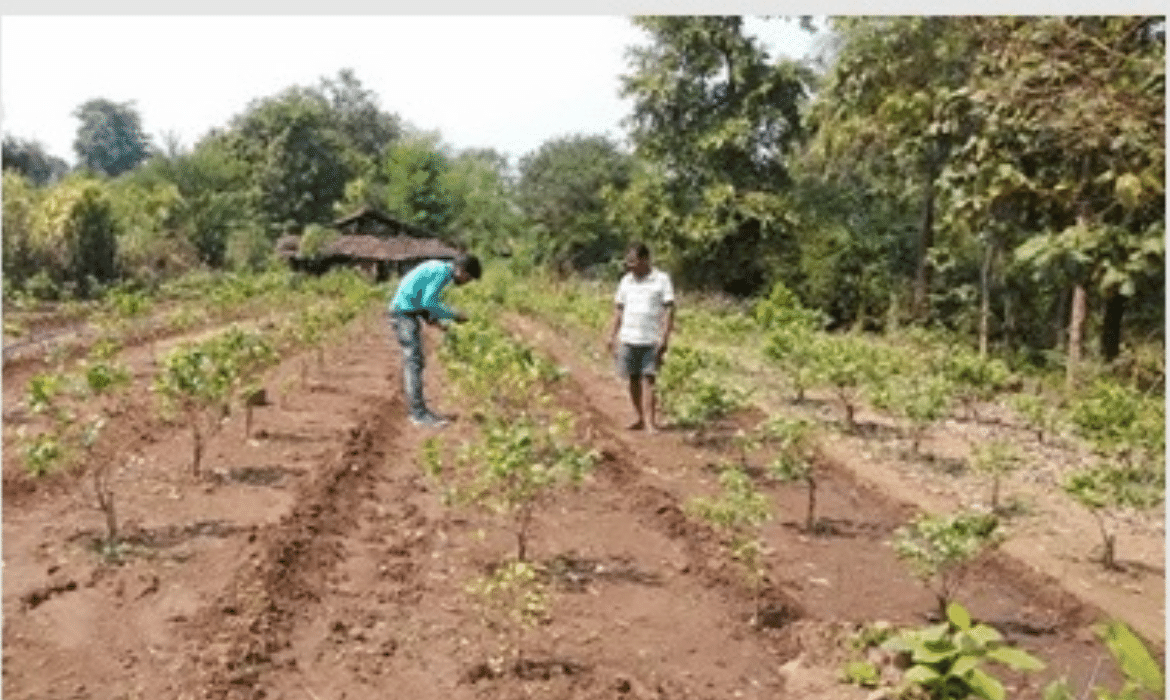 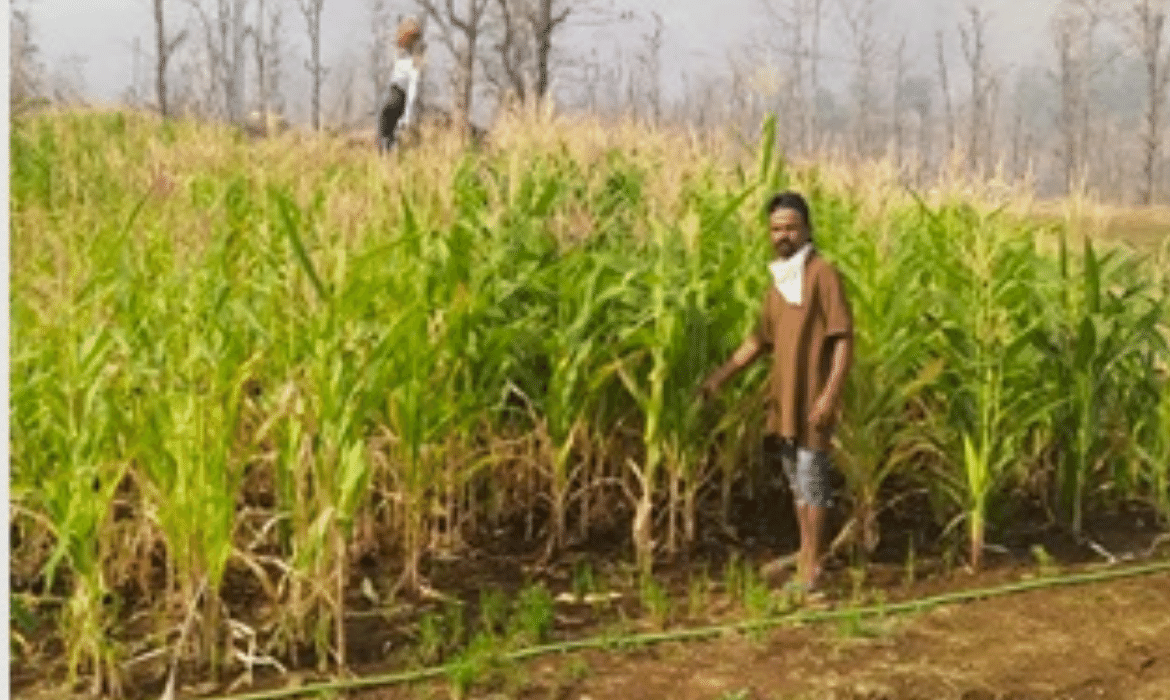 From a seasonal migrant to a seasoned farmer – Story of Madhukar 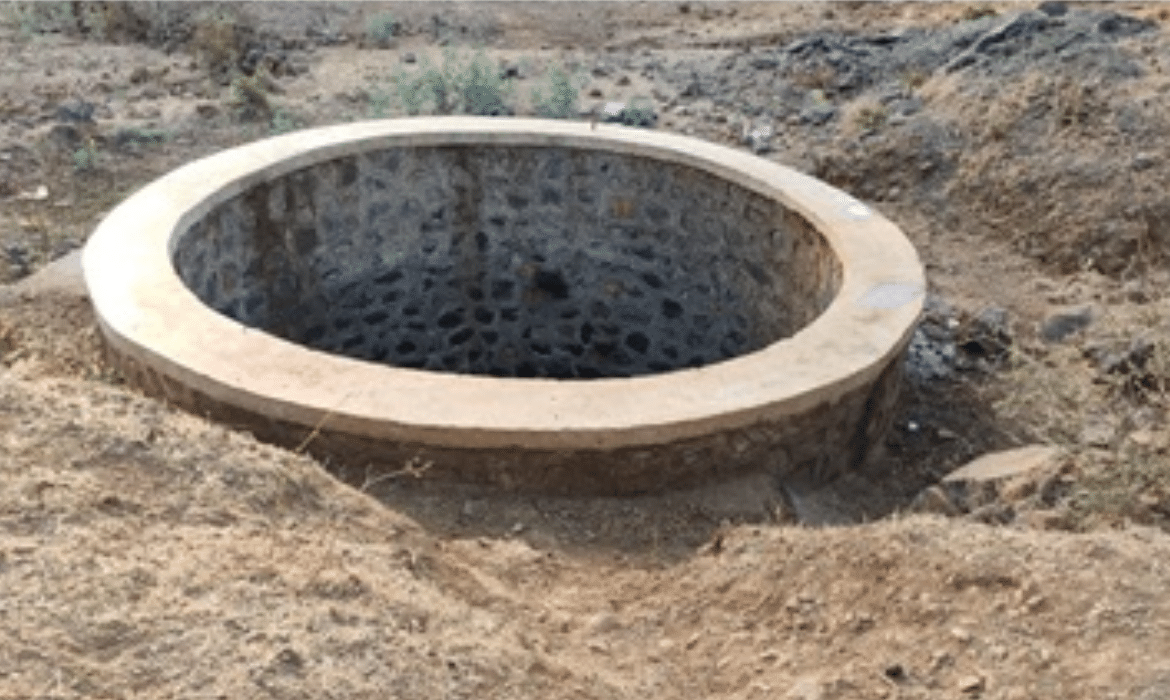 Jal rakshak of Dongarpada – save water, save life 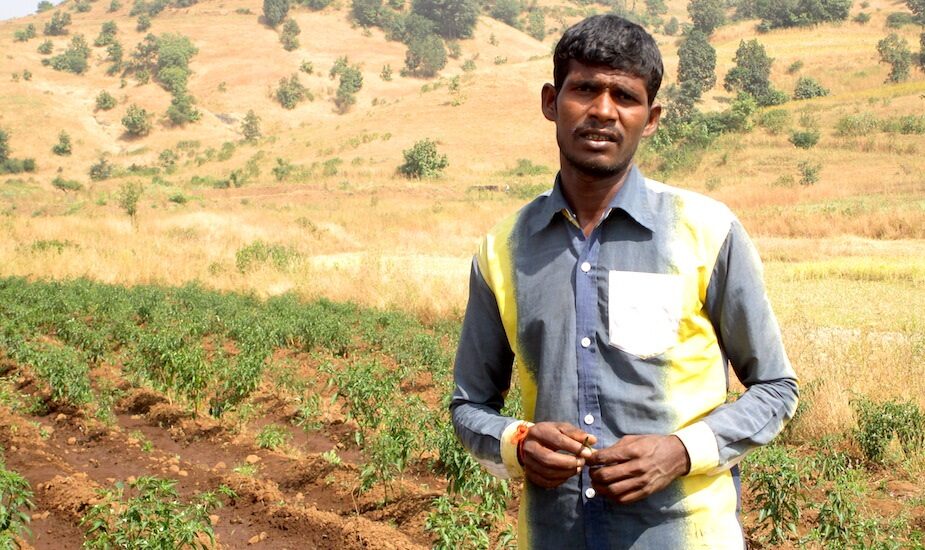 Bhaskar Bhau Somamalik does not migrate any more to Mumbai in search of work. In one rabi season, he earns about Rs 50,000. (Photo by Nidhi Jamwal)

Not long ago, Diwali, the festival of lights, used to bring gloom to the family of Bhaskar Bhau Somamalik, a farmer from Khoch village in Mokhada taluka (administrative block) of Palghar. “Every year, post Diwali, I used to migrate along with my wife and two small children to Nashik or Mumbai to work as a daily wager,” Somamalik reminisced the hard times faced by his family.

Monthly rental for one small room in city slum was Rs 2,000, along with an upfront deposit of Rs 10,000. Since he had no money, Somamalik’s family would squat on the footpath, next to mosquito-infested waste heaps and often fall sick. “By the time we returned to our village for Holi (in March), I would have already spent all my earnings on doctor fees and medication. Migration was our only means of survival,” he said.

That was some six years ago when Somamalik and his fellow farmers from Khoch, mostly belonging to the Thakar scheduled tribe, were facing abject poverty. During the kharif (monsoon) season, they practiced subsistence farming of paddy and finger millet (ragi, locally known as nachani) for self-consumption. In the rabi (winter crop) season, they were forced to migrate to cities for lack of irrigation facilities in their village.

In 2010, Aroehan, a Mokhada-based NGO, approached the tribal farmers of Khoch to train them in growing seasonal vegetables in the rabi season. Since the farmers were extremely poor and owned very little or no land, collective farming was adopted.

To begin with, a group of 10 farmers from Khoch was trained in vegetable farming. Thirty-five year-old Somamalik was one of them. In the rabi season of that year, he sowed okra on 1.5 acre land and earned Rs 50,000; his life’s first ever earning from the rabi crop.

There has been no looking back since then. Somamalik has stopped migrating to cities to clean the gutters, or work as a construction labourer. He spends both the kharif and rabi seasons in Khoch itself. However, his produce gets sold in the international market. “I now grow vegetables such as French beans, okra and chilli. Last year, I exported okra to the Europe,” says a proud Somamalik, who is illiterate but has enrolled both his children at the local school.

Collective farming, locally known as gath kheti, is a type of agricultural production in which a group of farmers owning contiguous land engage jointly in farming activities and sell their produce as a joint enterprise in the market.

Since 2010, Aroehan is organising farmers to train them in collective farming. A group of 10 farmers pool their lands to begin group farming. In case a villager does not own land, a fellow farmer owning four to five acres lends a small portion to the landless villager against a nominal rent. For instance, Somamalik has taken 1.5 acres on rent from a fellow farmer, Vadu Sakru Bhau. “From my produce, I share 20 per cent with Vadu Sakru Bhau,” informs Somamalik.

Apart from land, availability of water for irrigation is an important factor for collective farming. Mokhada has negligible irrigation facilities because of which there is high migration in the rabi season.

“Khoch has a minor irrigation scheme lying defunct for many years. We spent over Rs 1,000 to fix a part of the broken underground irrigation pipeline so that some land can be brought under irrigation for collective farming,” informs Tiwrekar. Villages that lack irrigation facilities set up water harvesting structures or solar water lifting systems to grow the rabi crop.

Initially, only half an acre land per farmer is brought under collective farming. Members of Aroehan, along with the farmers, calculate input cost per season in terms of seeds, manure and fertiliser, etc. “Roughly, half an acre land needs Rs 2,000-3,000 input materials. Aroehan provides this money as seed amount. It also links the farmers to the neighbouring APMC (Agriculture Produce Market Committee) markets in Vashi and Nashik,” says Tiwrekar.

Once the crop is ready, all the farmers of the group hire one pickup truck to transport their produce to the APMC market, which saves money, says Madhukar Bhau, a farmer from Khoch. Interestingly, the farmers of Khoch recently bought a pickup truck from their group savings of the last few years.

On an average, an acre of land leads to an earning of Rs 40,000-50,000 per season. Thus, farmers growing two crops in a year get an annual average turnover of Rs 85,000 per farmer, informs Tiwrekar. According to him, some farmers in Mokhada have already received GAP (Good Agricultural Practices) Certification and are exporting their produce to the European markets.

As part of collective farming, Aroehan helps the farmers’ group open a joint bank account in which each member deposits a fixed amount on regular intervals. Khoch farmers, for instance, deposit Rs 100 per month per farmer. In times of need, they borrow money from the joint account and repay it after the sale of their produce. “We no longer borrow money from the local money-lender who used to charge us 50 per cent interest rate,” says Madhukar Bhau.

Over 300 farmers of Mokhada have also received the Kisan Credit Card (initial limit of Rs 95,000 per annum) from the IDBI Bank. They use this card to buy input materials for agriculture purposes.

Apart from the direct benefits of collective farming, there are several indirect benefits as well. For instance, farmers have built pucca houses and their children are regularly attending anganwadi and school. Palghar is infamous for malnutrition deaths. “The reason for high malnutrition in Palghar is lack of livelihood, which forces villagers to migrate. Collective farming can help address this problem,” says Abhijeet Bangar, collector of Palghar.

Somamalik agrees. “Our children are not malnourished because they regularly eat vegetables,” he says.

However, freak weather events are a matter of concern. Last year, Somamalik lost 1.5 acre of chilli crop due to untimely rains. This May, Vadu Sakru Bhau’s one-acre banana plantation was flattened by freak rainfall and high wind speeds. “I was expecting Rs 1.5 lakhs from the banana plantation, but barely earned Rs 10,000,” he laments.

But, had it not been for the collective farming, we, too, would have committed suicide like several other farmers of Maharashtra, he adds.

Nidhi Jamwal is a journalist based in Mumbai. She tweets @JamwalNidhi.