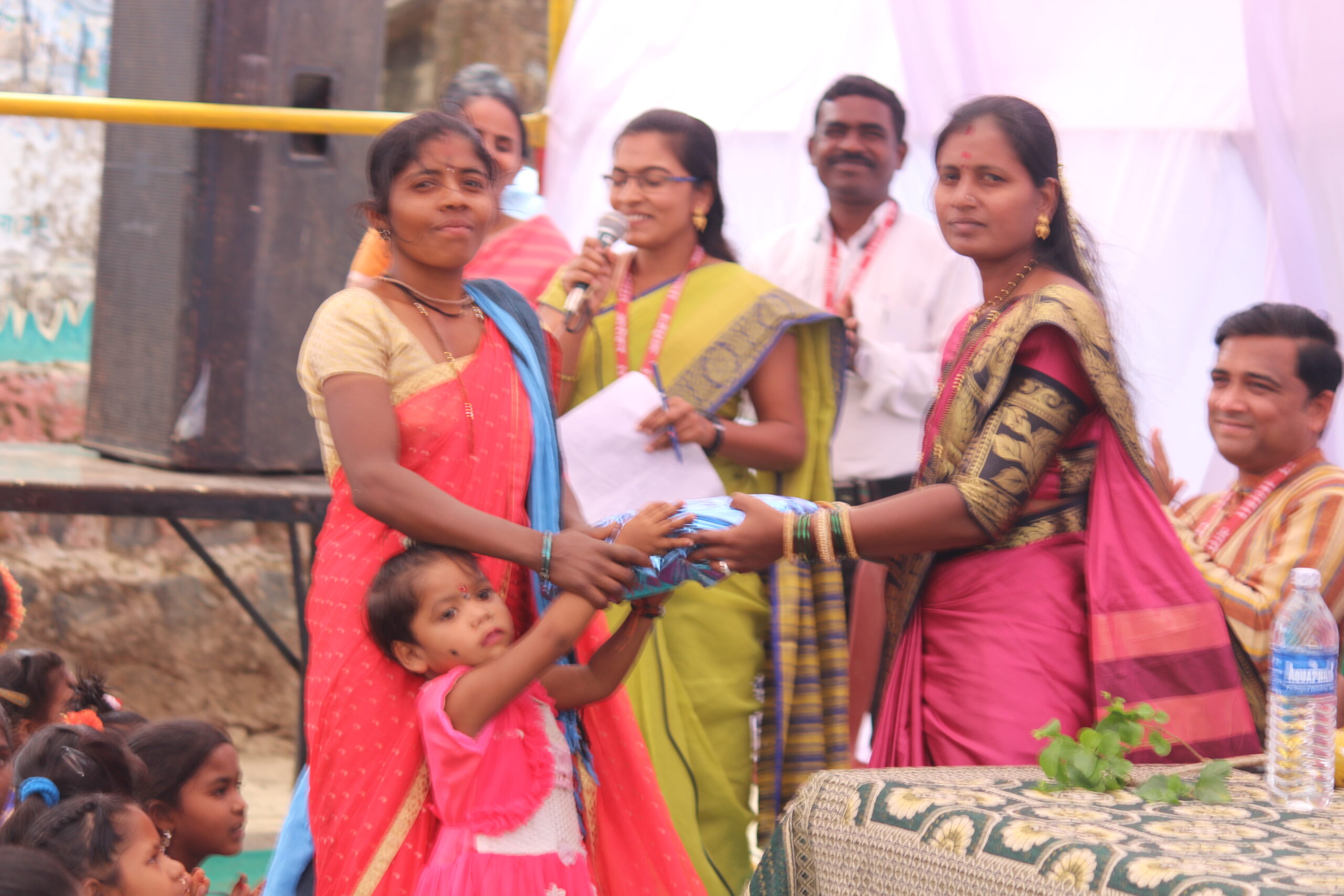 saEvery year on 8th March, the world celebrates International Women’s Day to honour the women in their lives. We at AROEHAN, also love to take the opportunity to celebrate it with the people we care about i.e. our community in different hamlets in rural Palghar. The board members of AROEHAN felicitated the resilient women of Dholara. Some of them included mothers, homemakers, teachers, and deputy sarpanch.

The village’s children lined up a slew of performances for the locals and AROEHAN activists present. Some of the girls were dolled up in the Maharashtrian traditional wear Navari Sari to perform a folk dance. The school-going children put up a puppet show to explain the importance of cleanliness in society. Most of the performances carried a social message as well as a bulk of entertainment. The young girls performed a sketch performance to explain the importance of Bachat Gat with a punch of humour that left the audience in splits. One of the performances also called out the patriarchy and outdated custom of marrying off girls right after she comes out of school which is still practiced largely in rural India.

AROEHAN’s CEO, Mr. Amit Narkar delivered a moving speech about women being such an integral part of society and yet they are put on a pedestal. While the women in villages carry the backbone of the country i.e. agriculture, men prefer going off to the city while the women solely take care of the farming and family. He also pointed out that even though the panel sitting in front of them has more men than women, one day there will be an equal ratio. He elaborated on the history of Women’s Day and how it made its way around the world. He also told the villagers that women don’t want to be worshiped as goddesses or be higher than men, all they ask for is to be treated equally and that is why a day like women’s day is important.

The deputy sarpanch called out the basic injustices women face on daily basis. In her speech, she did not hold back and called out women keeping themselves after their families and that is not okay. She explained to them that the key to a happy household is a happy and healthy wife and they must acknowledge their worth first only then people around will do so. The way women are raised, they don’t realize how much patriarchy is internalized within them and they don’t learn to question otherwise. It’s a day like International Women’s Day and a celebration like this that helps us to pave the way to generate awareness, to make them feel special as they are, to value them, and hope they would value themselves and as would people around them. As Swami Vivekanand once said “A nation cannot thrive without women. A bird cannot fly with one wing.” And he was right, thusly so.